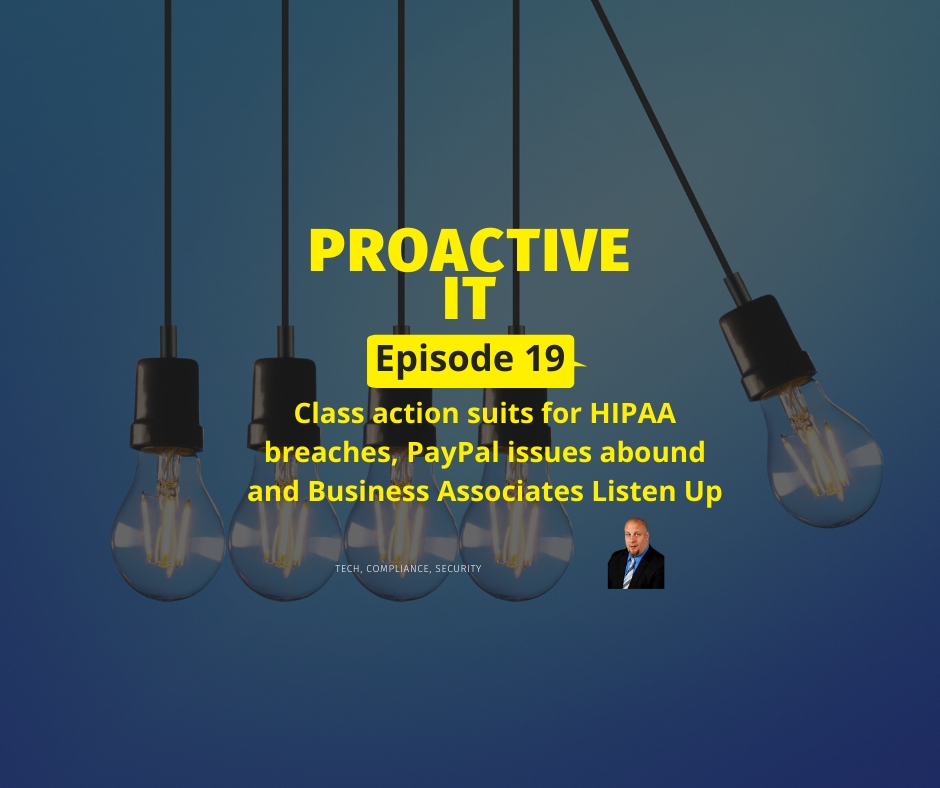 This is the ProactiveIT Podcast.  This Week: The latest in IT and Cyber Security news plus class-action suits for HIPAA breaches, PayPal issues abound and Business Associates Listen Up

Ransomware victims thought their backups were safe. They were wrong

Topic 2:  We found 6 critical PayPal vulnerabilities – and PayPal punished us for it

Topic 3:  Google’s acquisition of Fitbit could pose ‘high level of risk to privacy and data protection’

The European Data Protection Board has ordered the firms to mitigate possible risks.