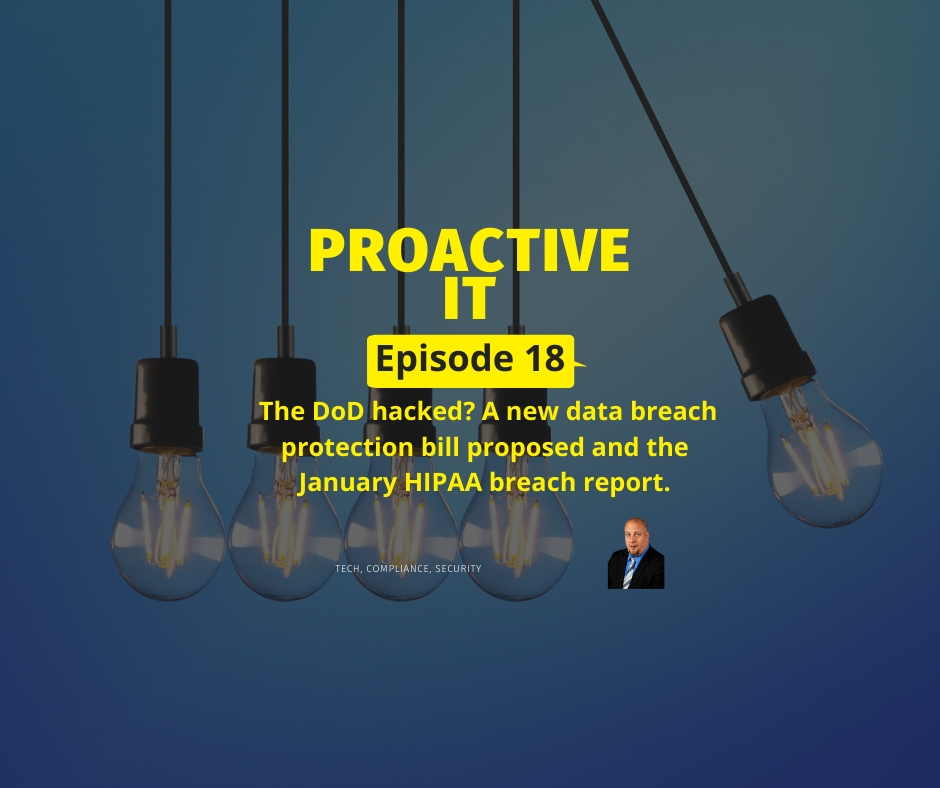 This is the ProactiveIT Podcast.  This Week: The latest in IT and Cyber Security news plus The DoD hacked? A new data breach protection bill proposed and the January HIPAA breach report.

Is it OK to allow shared logins on the practice’s computers if the employees all have unique logins to the EHF?

Ring Forces 2FA On All Users to Secure Cameras from Hackers

Over 8.4 Million DDoS Attacks in Total and 16 Attacks Detected Every Minute in 2019 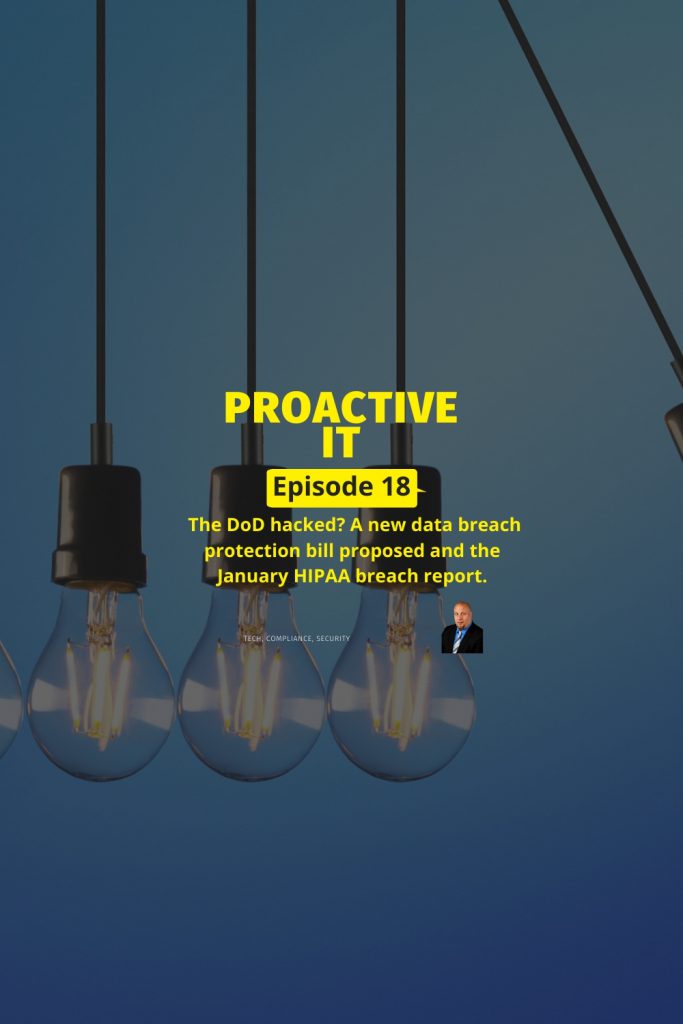