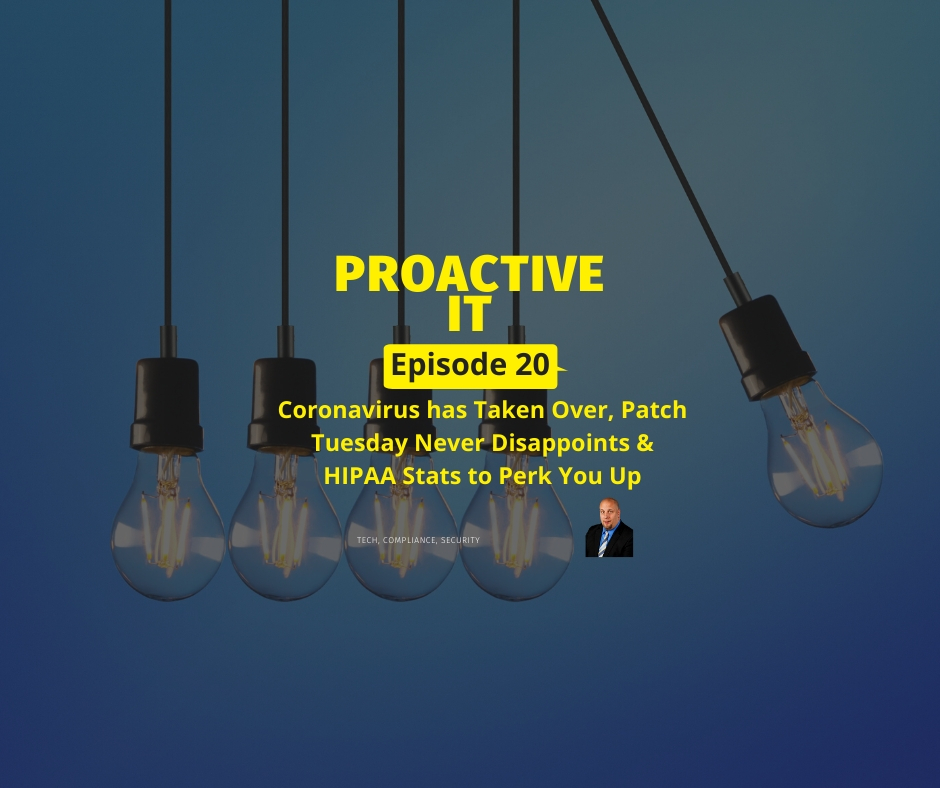 This is the ProactiveIT Podcast.  This Week: The latest in IT and Cyber Security news plus Coronavirus has Taken Over, Patch Tuesday Never Disappoints & HIPAA Stats to Perk You Up

QOTW: Is there a checklist that can be used to perform a HIPAA audit?

Topic 1: Working from home: Getting your team ready for the switch

Topic 2:  Apple: This is how you should disinfect your iPhone, iPad, and Mac 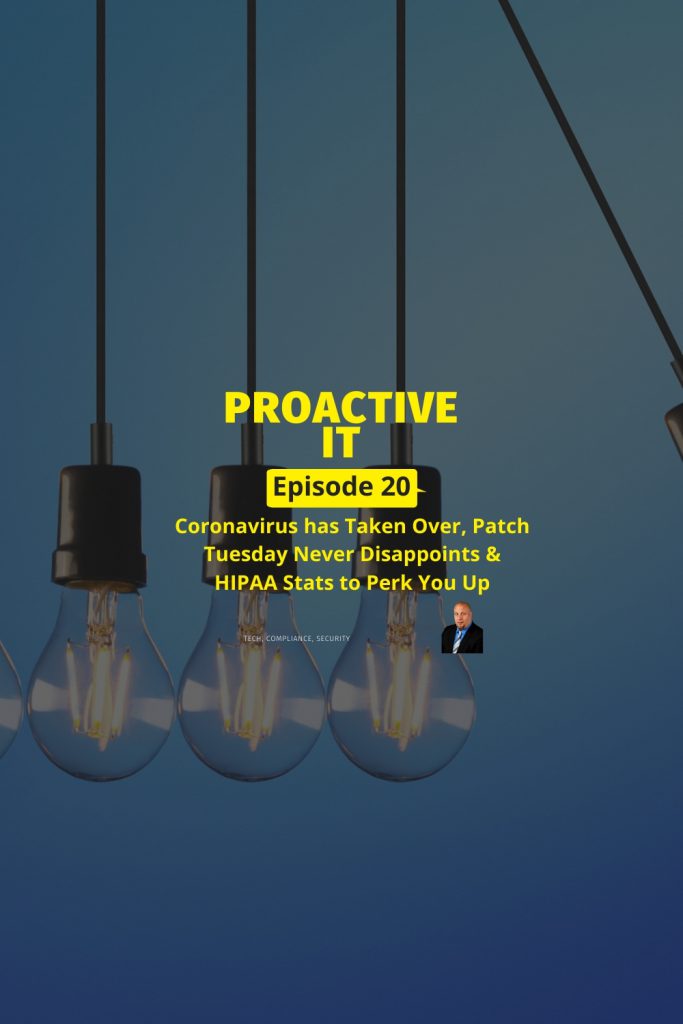