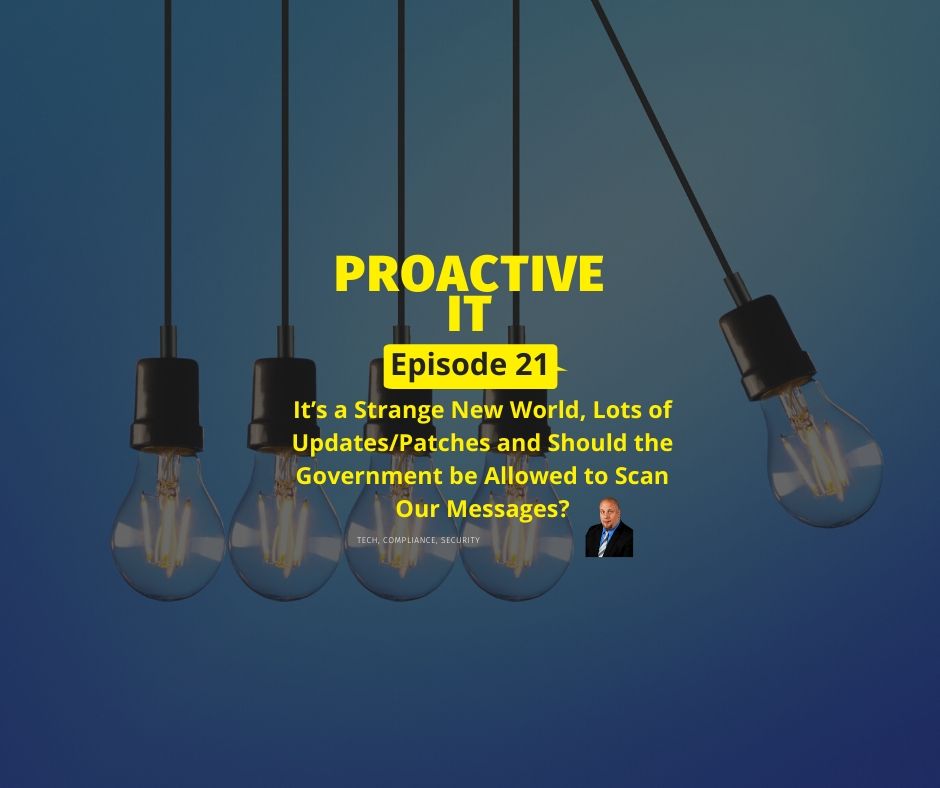 This is the ProactiveIT Podcast.  This Week: The latest in IT and Cyber Security news plus It’s a Strange New World, Lots of Updates/Patches and Should the Government be Allowed to Scan Our Messages?

QOTW: Is there an app or software that can be used to send and sign PDF documents that is HIPAA compliant?

Healthcare devices at higher cybersecurity risk now due to coronavirus

Topic 1: The EARN IT Bill Is the Government’s Plan to Scan Every Message Online

Topic 2:  Free tools and services for businesses during the COVID-19 crisis

OCR will ease restrictions on telehealth tech during COVID-19 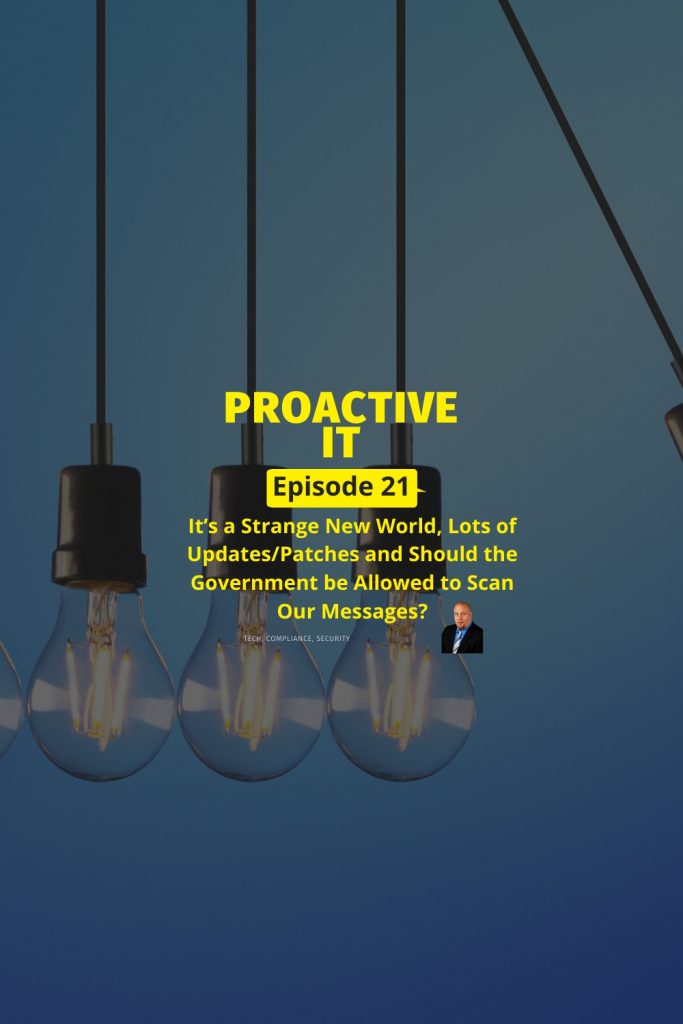