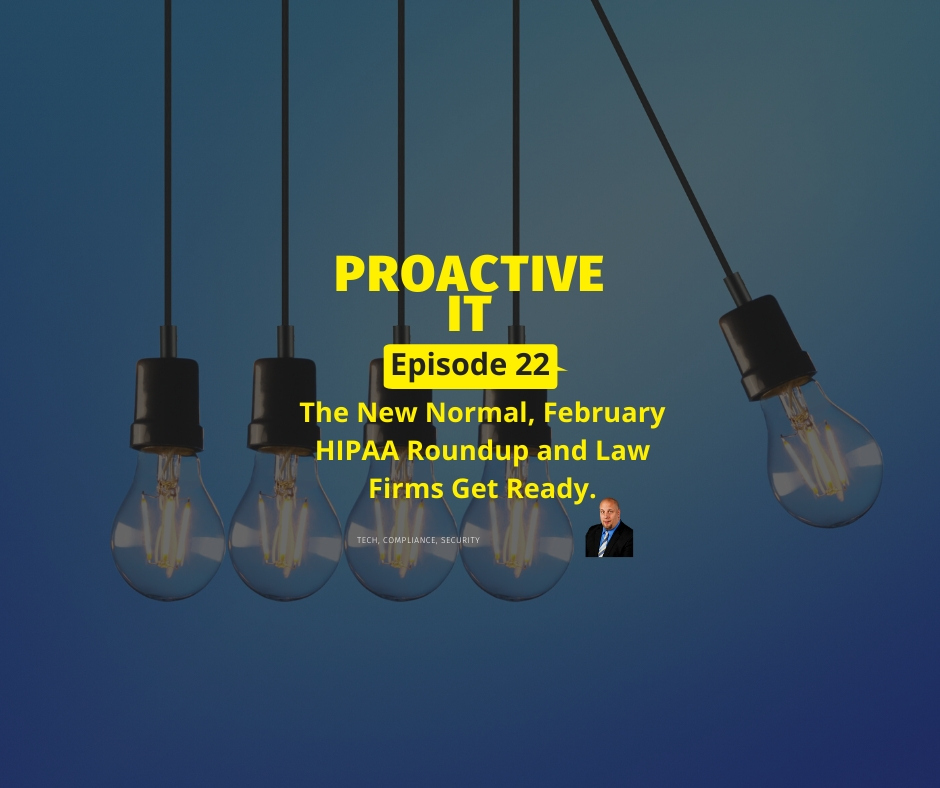 This is the ProactiveIT Podcast.  This Week: The latest in IT and Cyber Security news plus The New Normal, February HIPAA Roundup and Law Firms Get Ready.

Topic 1: The Coronavirus, This Recession and How Law Firms Need to Plan Now to Protect Their Business

Topic 3:  COVID-19 Cyberattacks Roundup From the Past Week 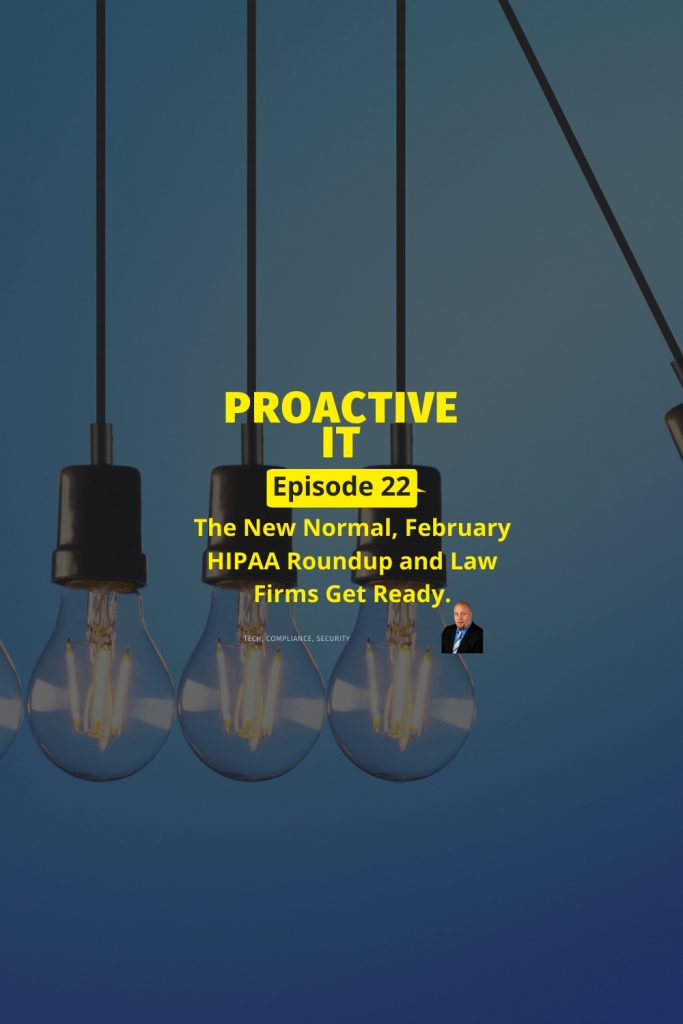