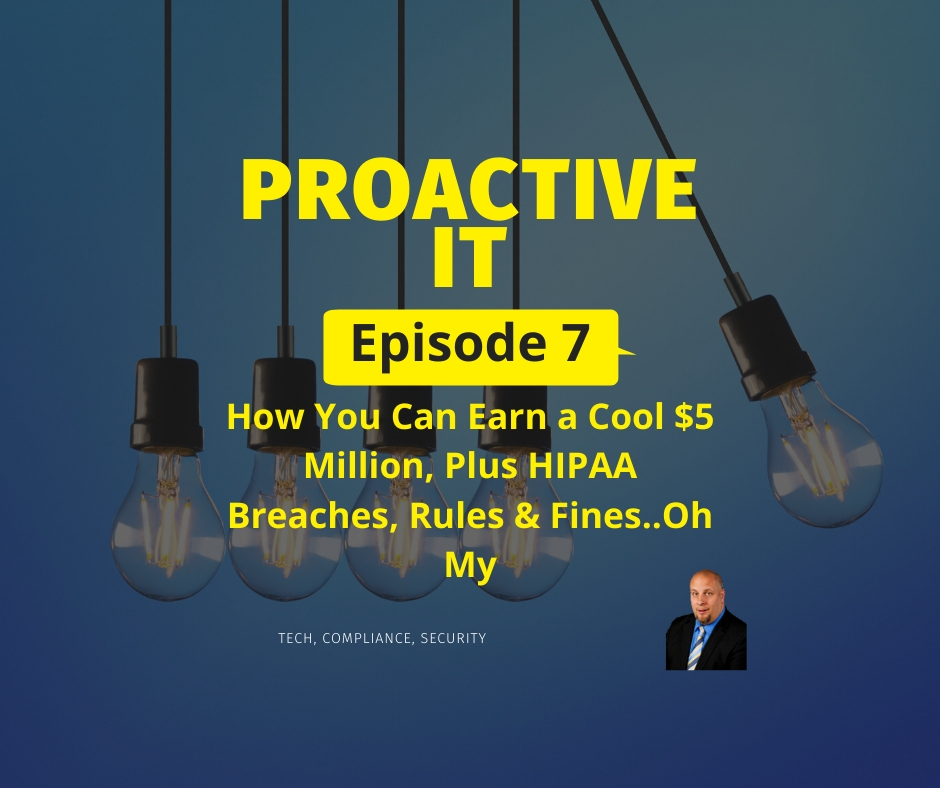 This is the ProactiveIT Podcast.  This Week: The latest in IT and Cyber Security news plus Attacks on Healthcare are on the Rise, are you ready?  A little HIPAA Education and Wanna make a cool $5 Million?

This is Episode SEVEN!  Bring in the music

No news on Patch Tuesday for MS yet

Connecticut Rule: Notice must be provided to the state attorney general and patients within 90 days, although healthcare providers are required to issue breach reports within 60 days under HIPAA Rules.Jul 3, 2015 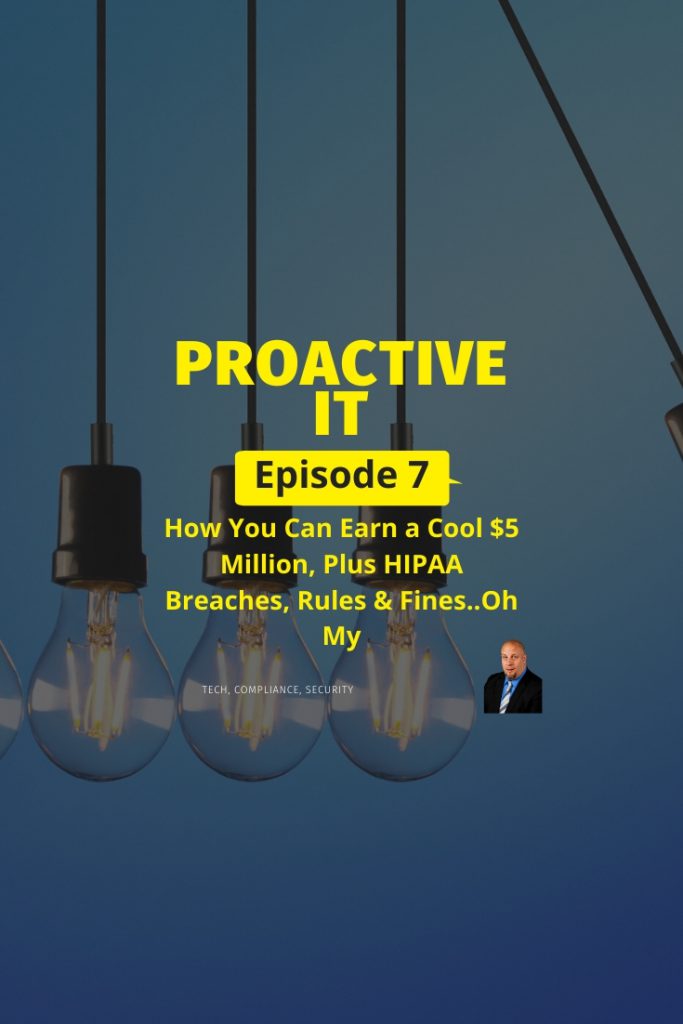