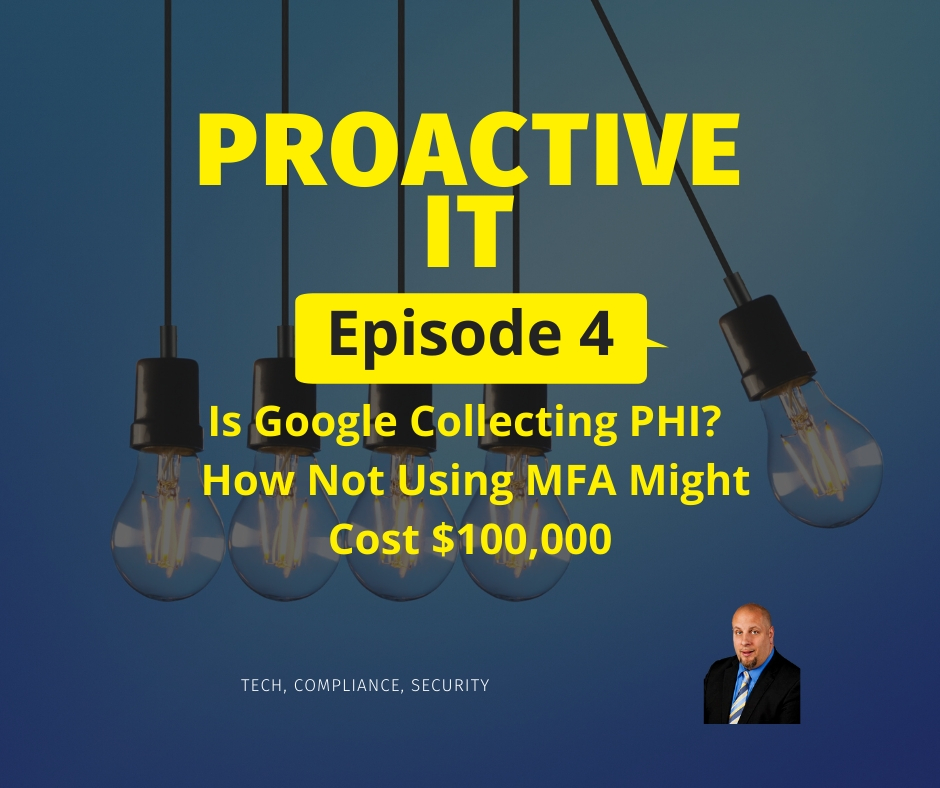 In this episode we discuss recent Cyber Security News:

We discuss Google working with Ascension to Collect PHI on Millions of Americans, A new breach notification for a local Connecticut Physician’s Office, and our newest HIPAA Breach Case Study. 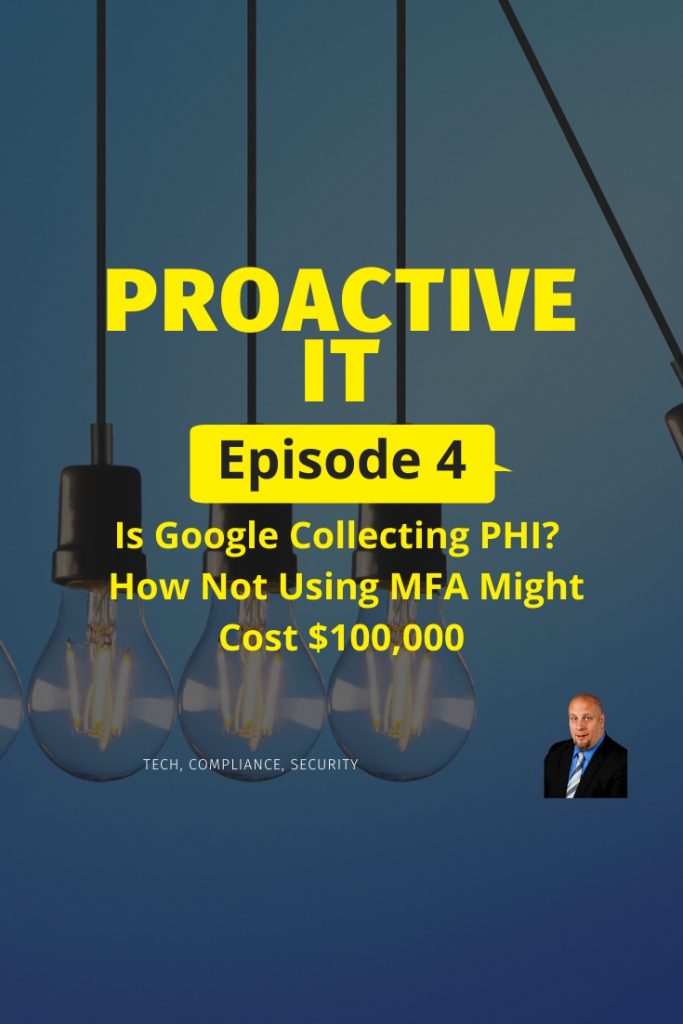