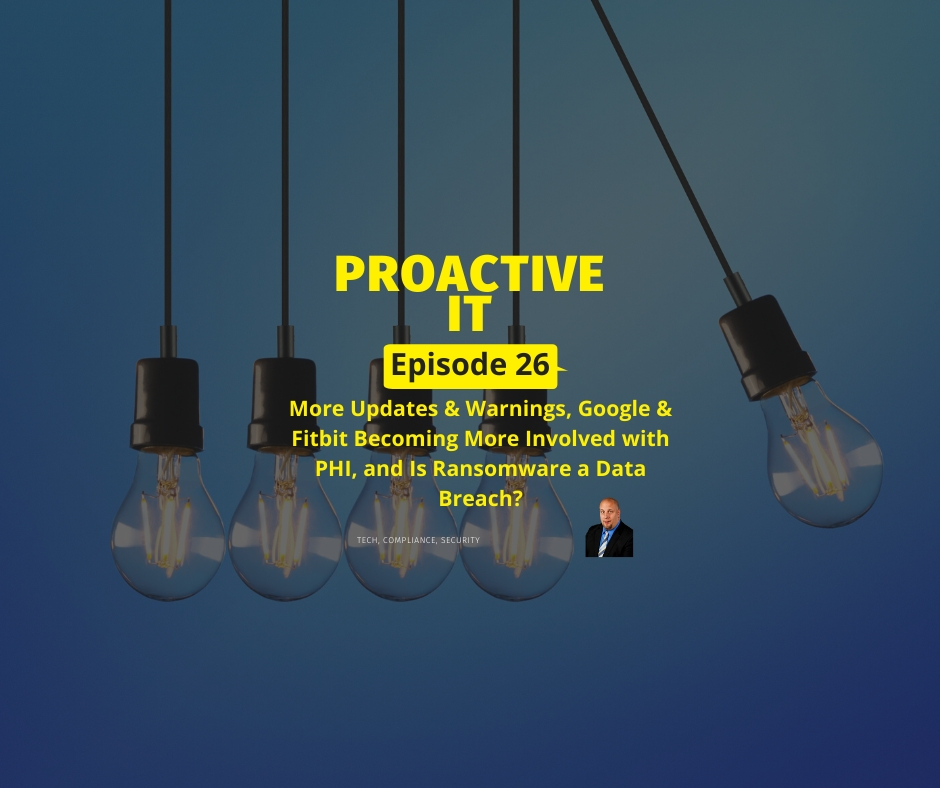 This is the ProactiveIT Podcast.  This Week: The latest in IT and Cyber Security news plus More Updates and Warnings, Google & Fitbit Becoming More Involved with PHI, and Is Ransomware a Data Breach?

Hacker returns $25 million after their IP address is exposed

Nearly 25,000 email addresses and passwords allegedly from NIH, WHO, Gates Foundation and others are dumped online

US #COVID19 Relief Fund Leaks Data on Thousands of Firms

Topic 2:  Google wants to make it easier to analyse health data in the cloud

Topic 3:  Is it Time to Call Ransomware Attacks Data Breaches? 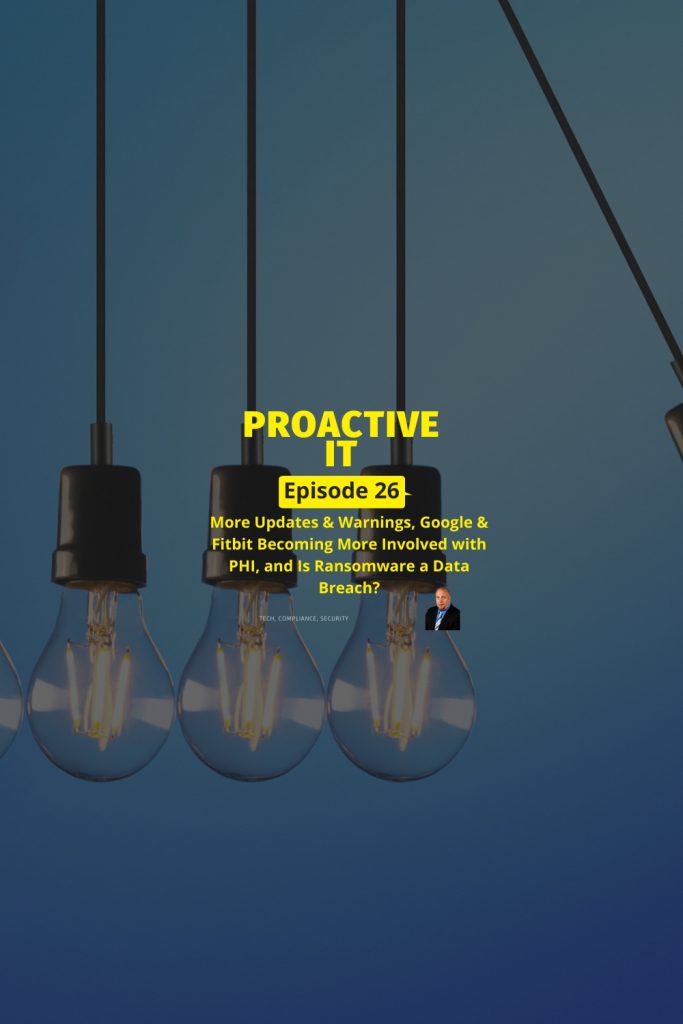