This is the ProactiveIT Podcast.  This Week: The latest in IT and Cyber Security news plus another busy Patch Tuesday, FBI Cyber Crime Stats released for 2019 and 10 Easily Recognizable Signs Your Healthcare Provider is not HIPAA compliant

Operational Technology Attacks Increased By Over 2000% In 2019, Reveals IBM Report

Chinese tech giant Huawei can reportedly access the networks it helped build that are being used by mobile phones around the world. It’s been using backdoors intended for law enforcement for over a decade, The Wall Street Journal reported Tuesday, citing US officials. The details were disclosed to the UK and Germany at the end of 2019 after the US had noticed access since 2009 across 4G equipment, according to the report.

Emotet Hacks Nearby Wi-Fi Networks to Spread to New Victims

Altice (Cablevision) suffered a data breach in November 2019 through phishing.  It was determined in January that one of the accounts compromised included a report that was password protected.  That report included names, employment information, social security numbers, date of birth and in some instances drivers license numbers.  They did not state how many people were included in that breach but numerous ex-employees were sent notification.

Topic 2:  Obvious signs your healthcare provider is not HIPAA compliant 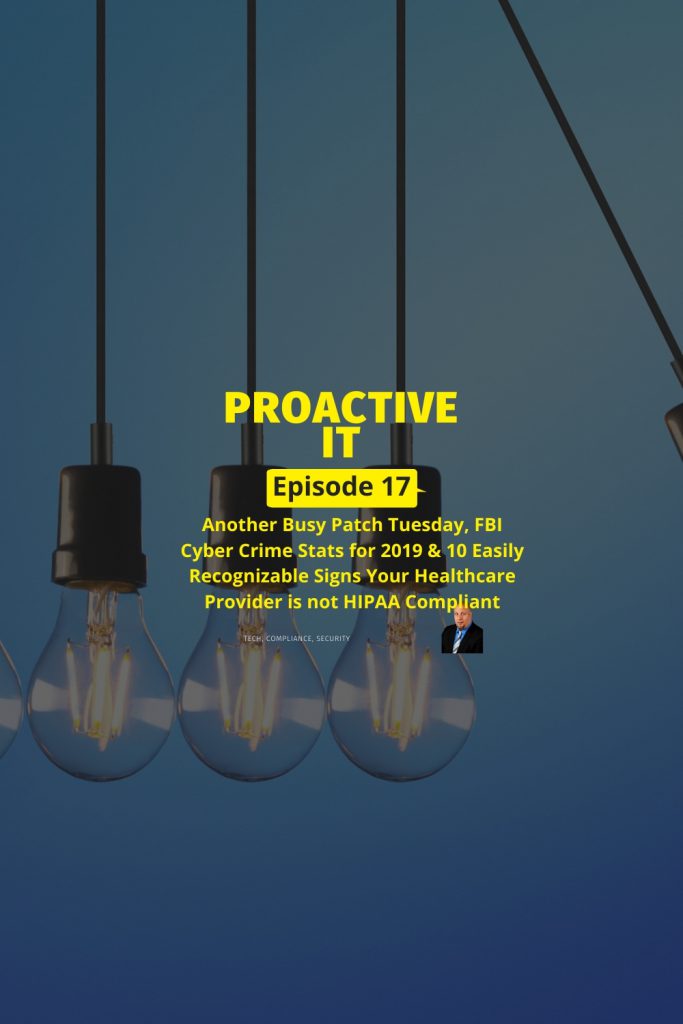