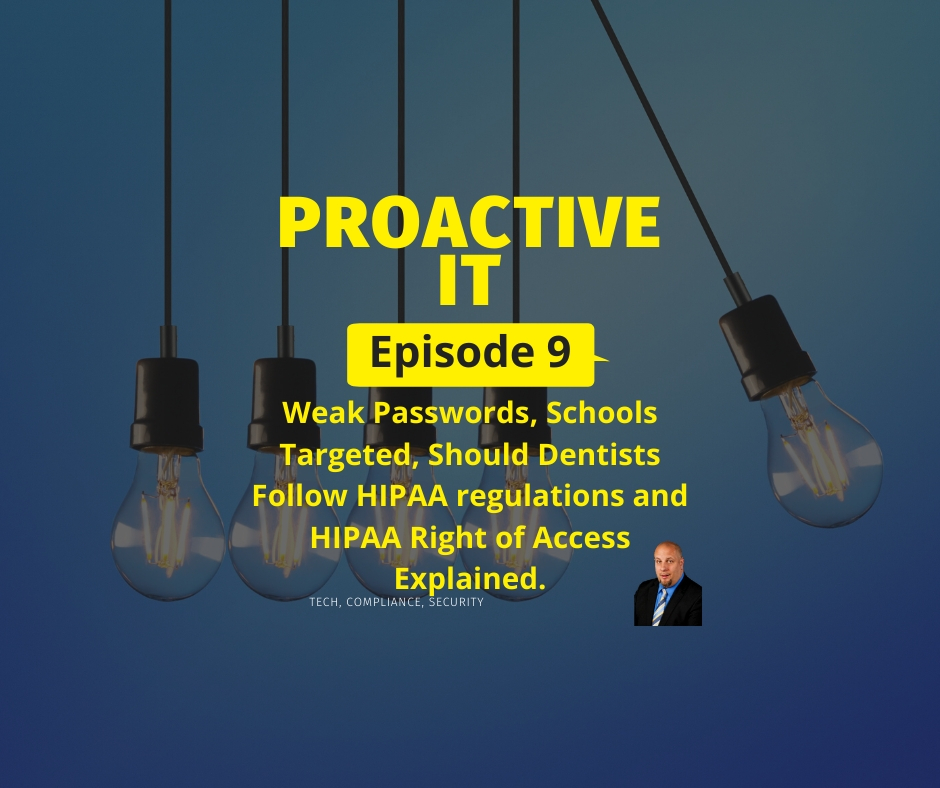 This is the ProactiveIT Podcast.  This Week: The latest in IT and Cyber Security news plus Weak Passwords, schools targeted by ransomware and HIPAA Right of Access Explained.

This is Episode NINE!  Queue the entrance music

Drupal Should be Updated to address critical vulnerabilities.  Latest release Drupal 7.69, 8.7.11, or 8.8.1 to prevent remote hackers from compromising web servers.

New Orleans Suffers Ransomware Attack, Emergency Services Intact.  Based on information uploaded to VirusTotal the attack appears to be the Ryuk Ransomware strain.

Topic 2:  Ring Cameras Hacked.  Who is at Fault?   https://nwajtech.com/ring-cameras-hacked-who-is-really-at-fault/ 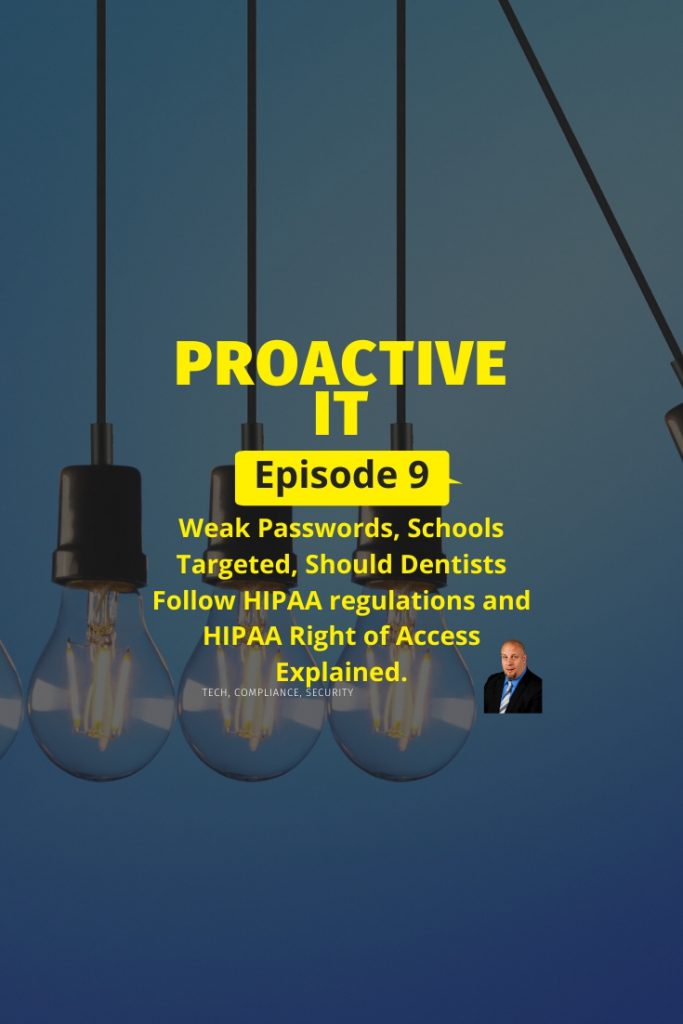