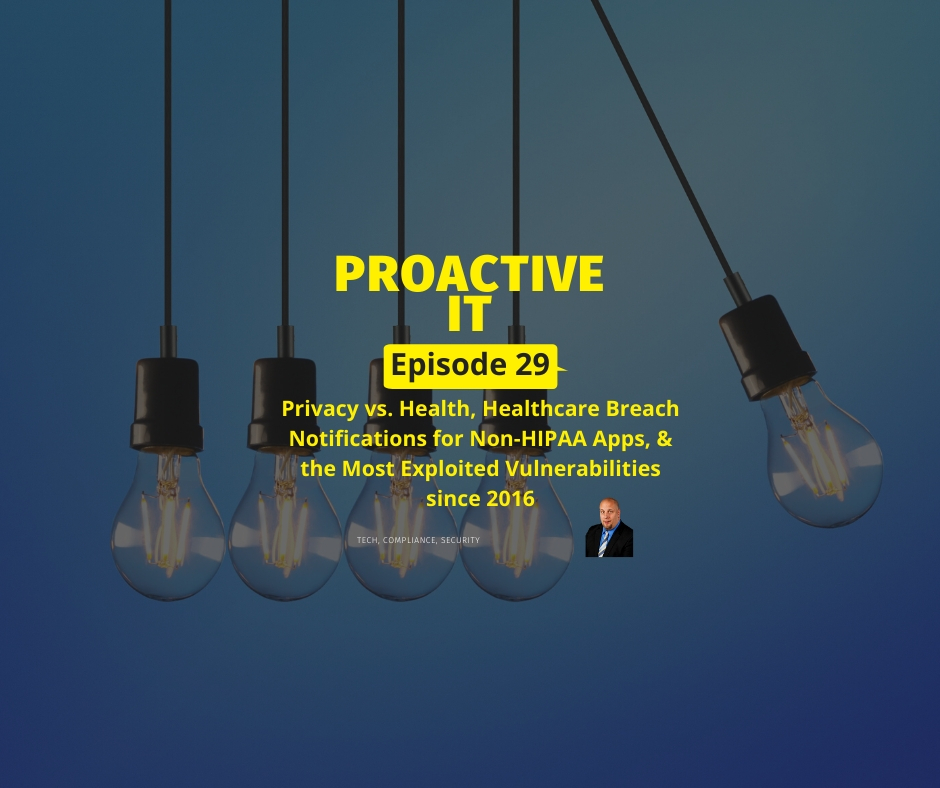 This is the ProactiveIT Podcast.  This Week: The latest in IT and Cyber Security news plus Privacy vs. Health, Healthcare Breach Notifications for Non-HIPAA Apps, & the Most Exploited Vulnerabilities since 2016

RIP: Microsoft to drop support for Windows 10 on 32-bit systems

DigitalOcean Data Leak Incident Exposed Some of Its Customers Data

Topic 2: US govt shares list of most exploited vulnerabilities since 2016 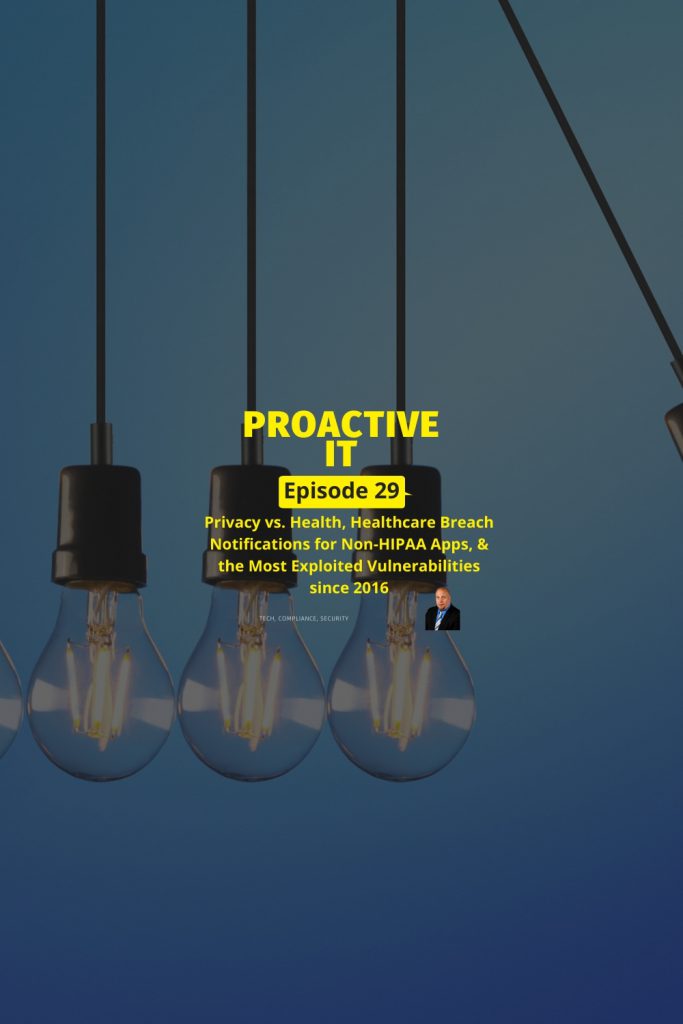