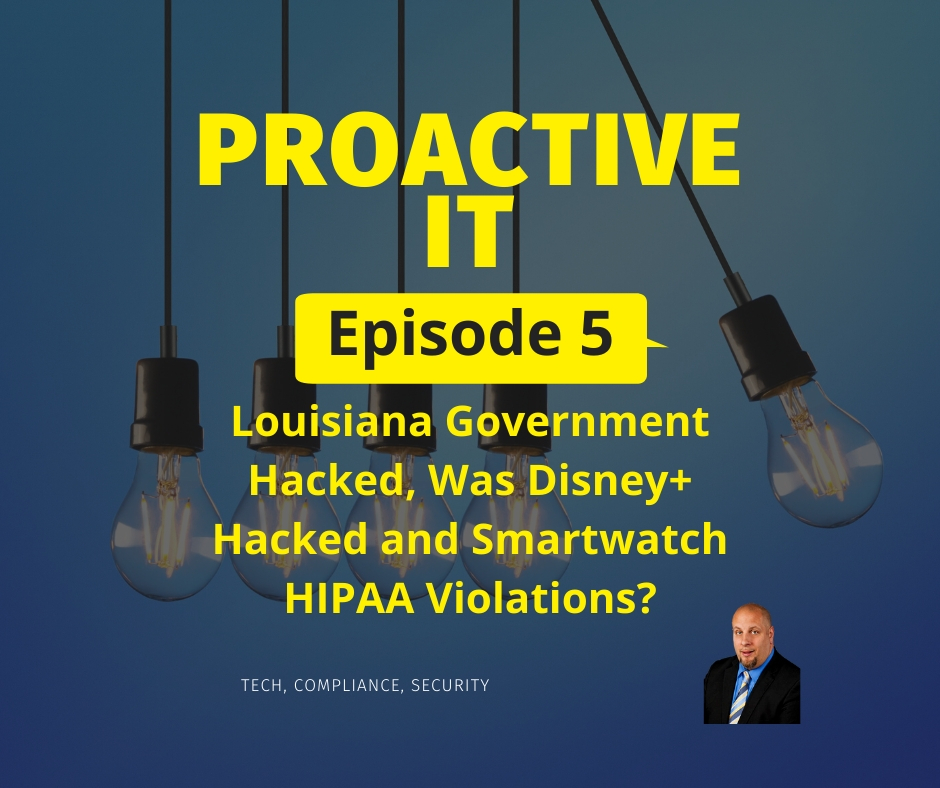 This is the ProactiveIT Podcast.  This Week: The latest in IT and Cyber Security news, Louisiana State Govt Hit With Ransomware, were they prepared?  What does Disney+ have to do with Cyber Security Awareness and Smartwatch HIPAA Violations?

This is Episode FIVE!

This is podcast is brought to you by Nwaj Tech – A HIPAA compliant client-focused IT Consultant located in Central Connecticut.  You can find us at nwajtech.com. 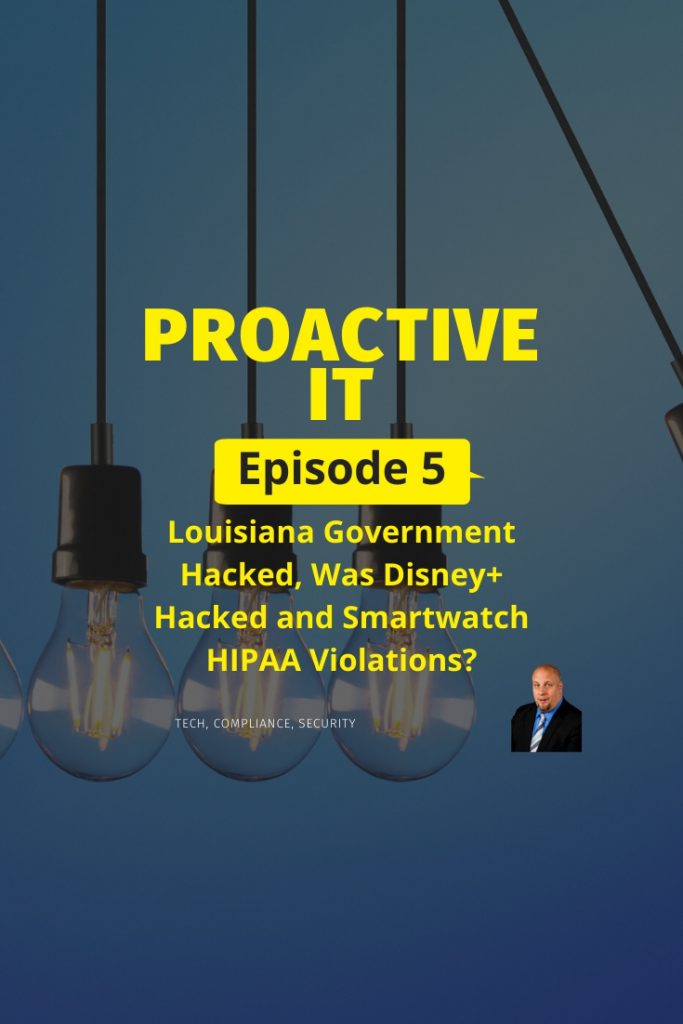