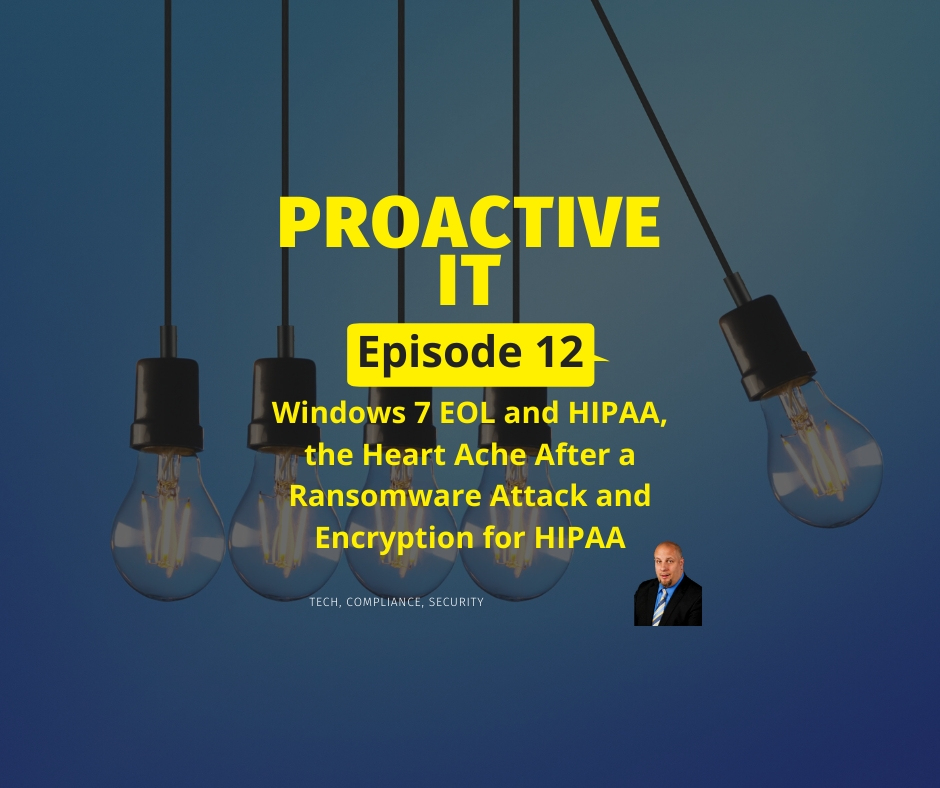 Episode 12 What Does Windows 7 EOL Mean to HIPAA, the Heart Ache After a Ransomware Attack and Encryption for HIPAA

This is the ProactiveIT Podcast.  This Week: The latest in IT and Cyber Security news plus What Does Windows 7 EOL Mean to HIPAA, the Heart Ache After a Ransomware Attack and Encryption for HIPAA

City of Las Vegas wakes up to a cyber attack 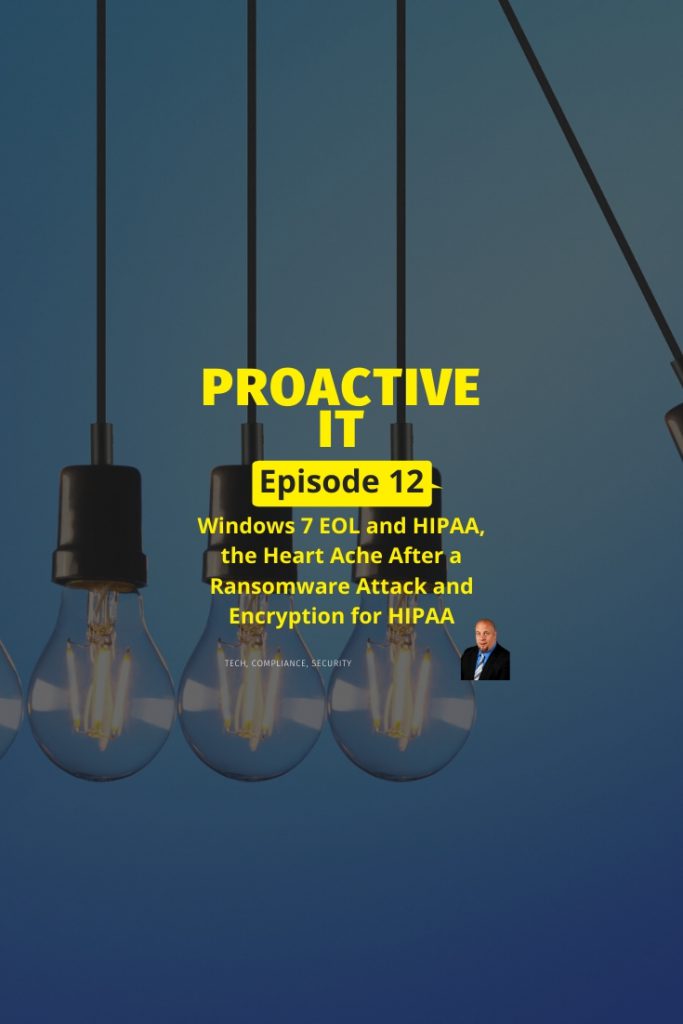